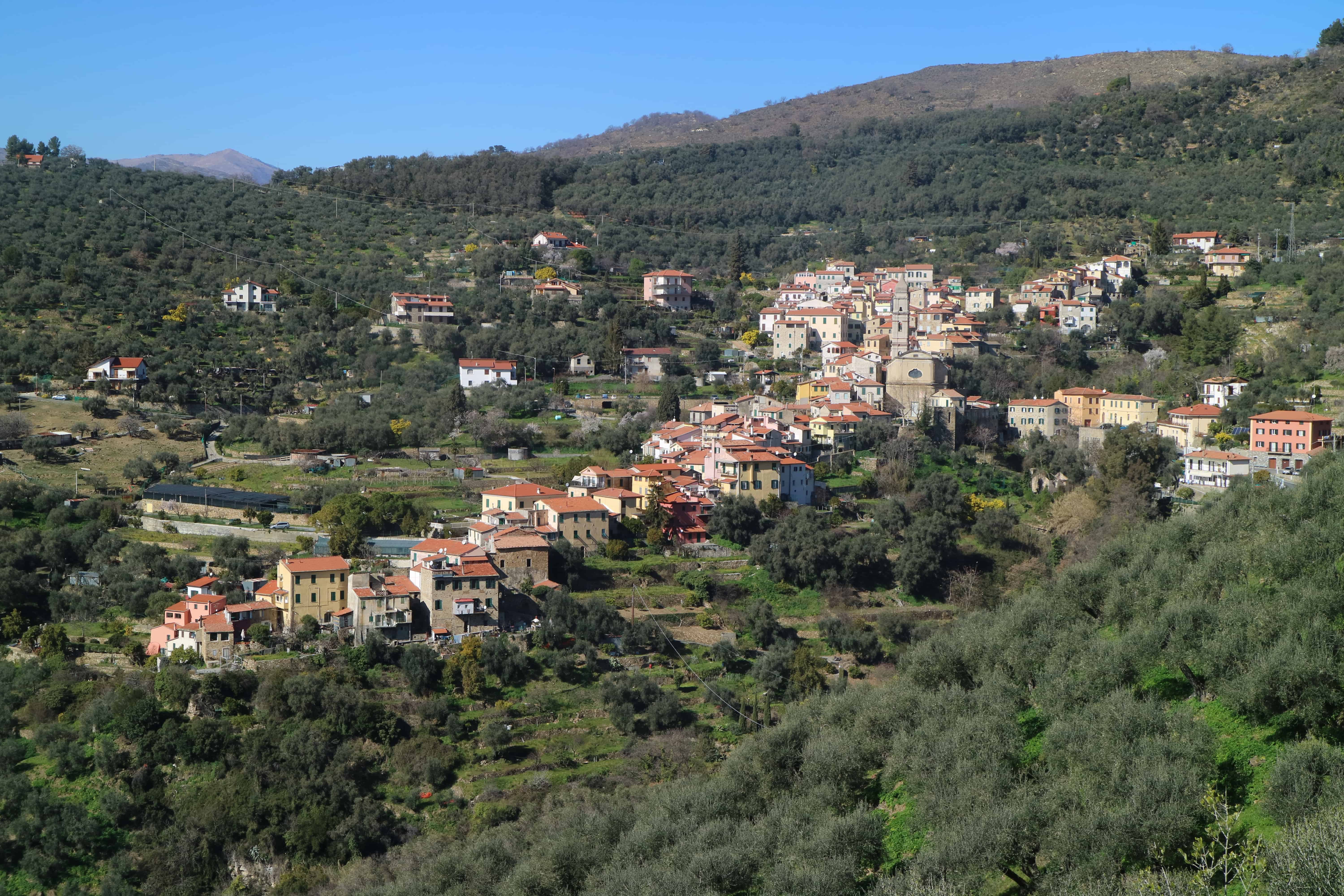 After leaving Lucca and parkrun, we headed north-west toward the French border. We were looking forward to some peace and quiet in the countryside, but we had to go through a final city ordeal before we reached it.

Namely, getting lost in Genoa on the way.

Shaz, the GPS, was adamant that we go across a bridge that was closed. And getting around it on Genoa’s maze of spaghetti one-way roads was rather difficult. It took 1.5 hours to get out of the city, and included our card getting stuck in a tollbooth, getting an 80€ fine for entering and leaving a toll road via the same point.

No-one there spoke English, but after waiting at an office a man came up and mimed that we could forget about it. Hopefully I translated that right, because I then lost the fine and didn’t chase it up. 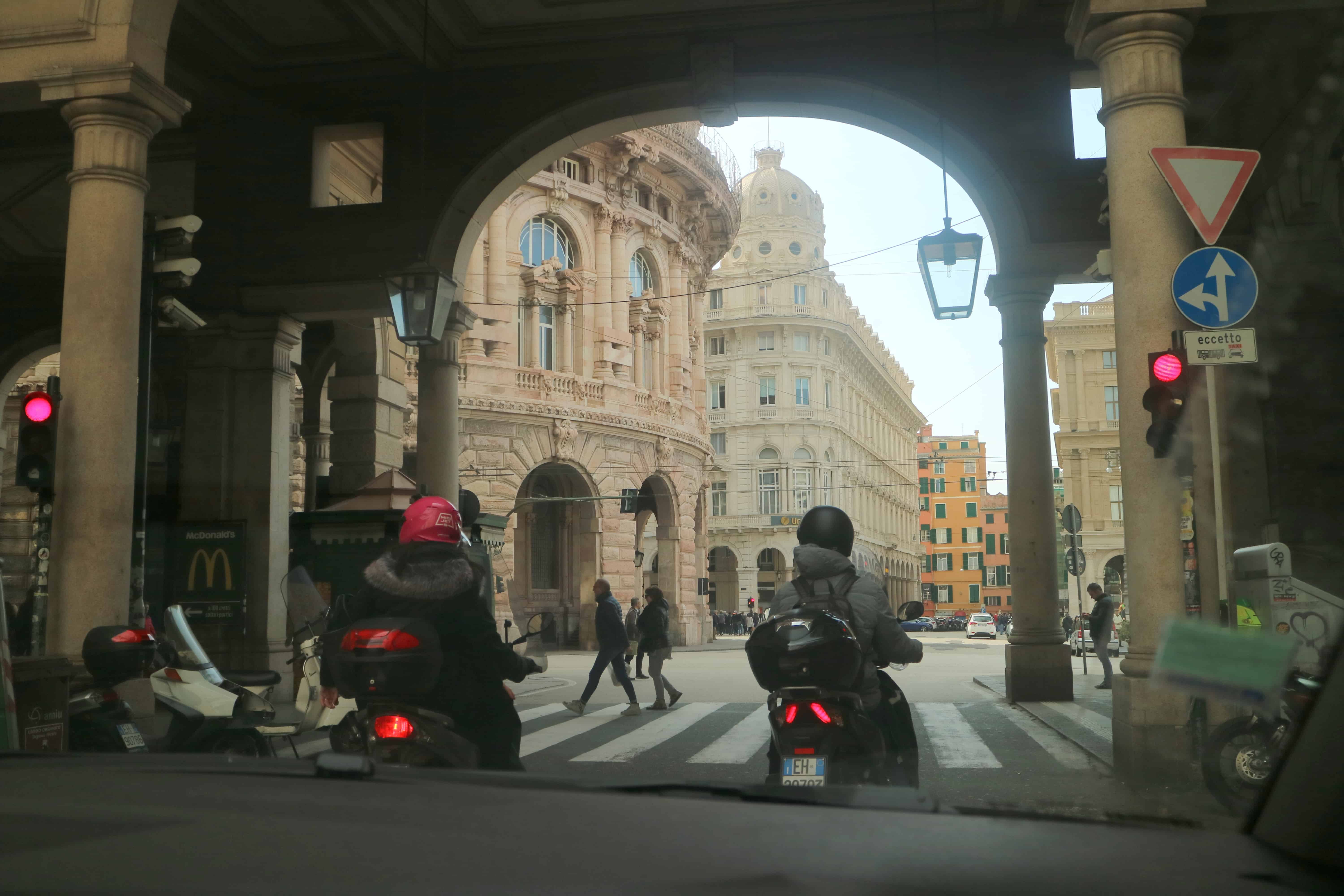 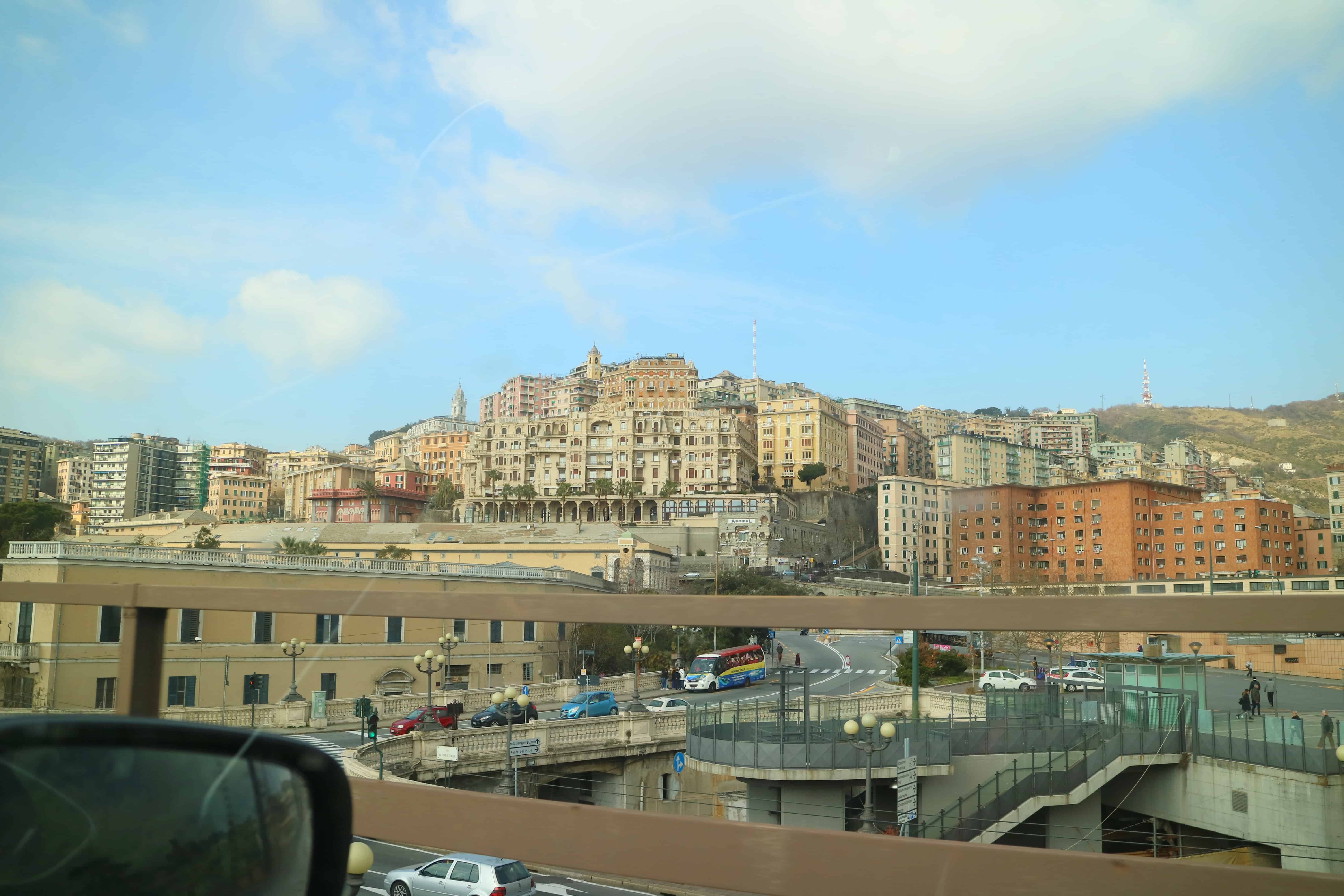 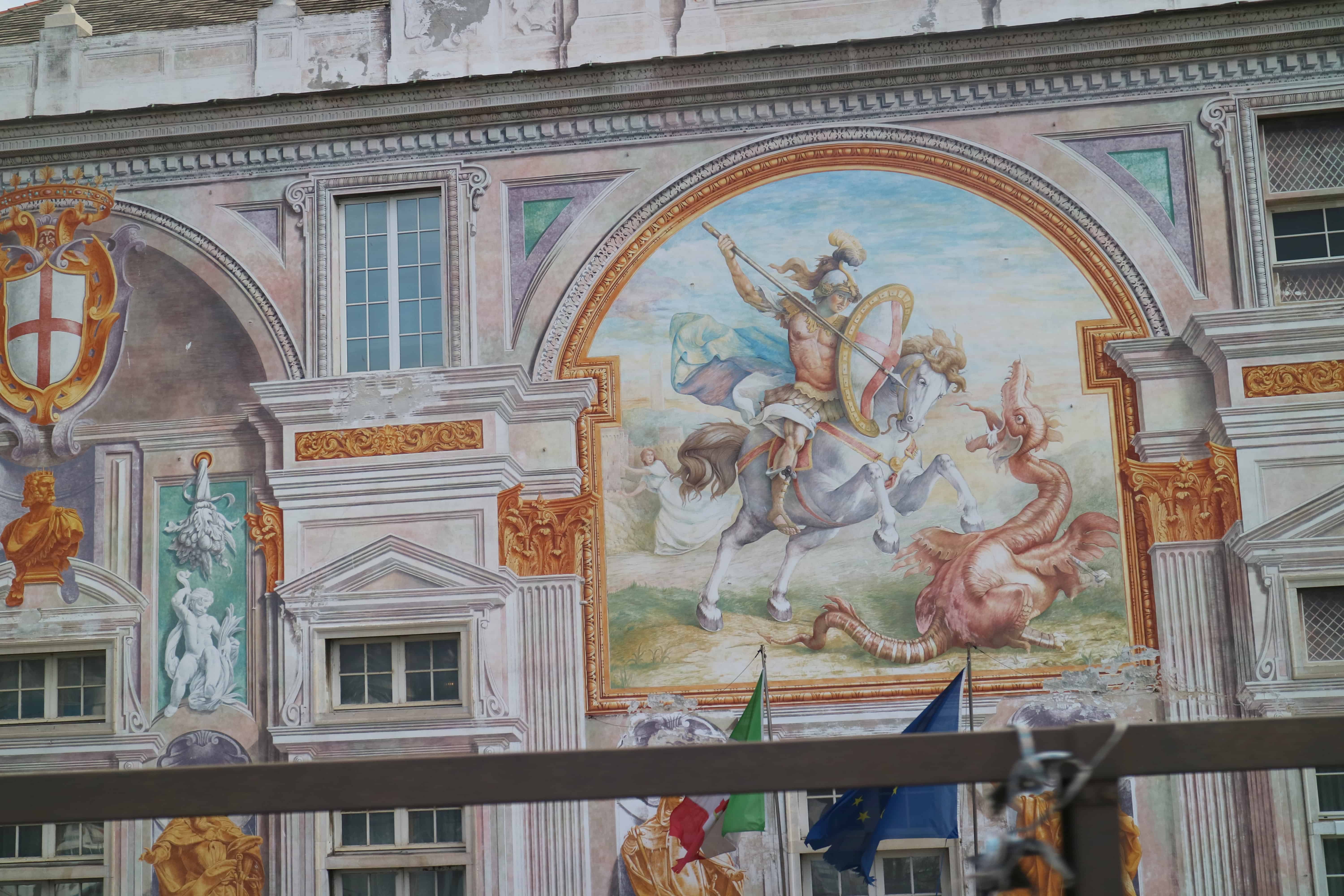 We finally reached Montegrazie, hungry and tired, because we’d wasted all our planned break time driving in circles around Genoa.

We found a tiny town strung out along the ridge, mostly pedestrian, with some rather narrow roads to navigate to get to the carpark nearest our house.

Daniel was not particularly in the mood for tricky driving after being lost and stressed, but made it through without damage….very slowly. 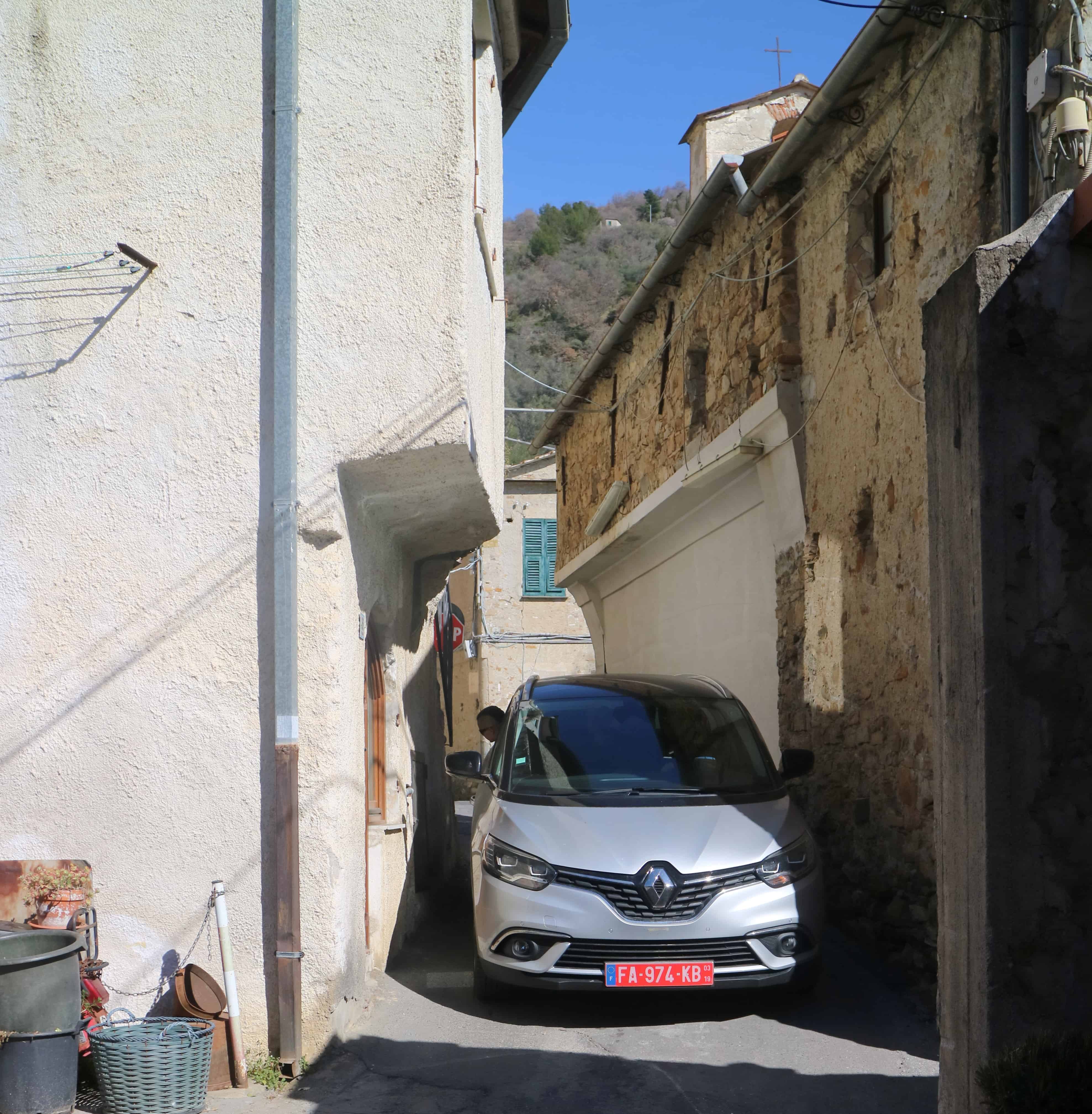 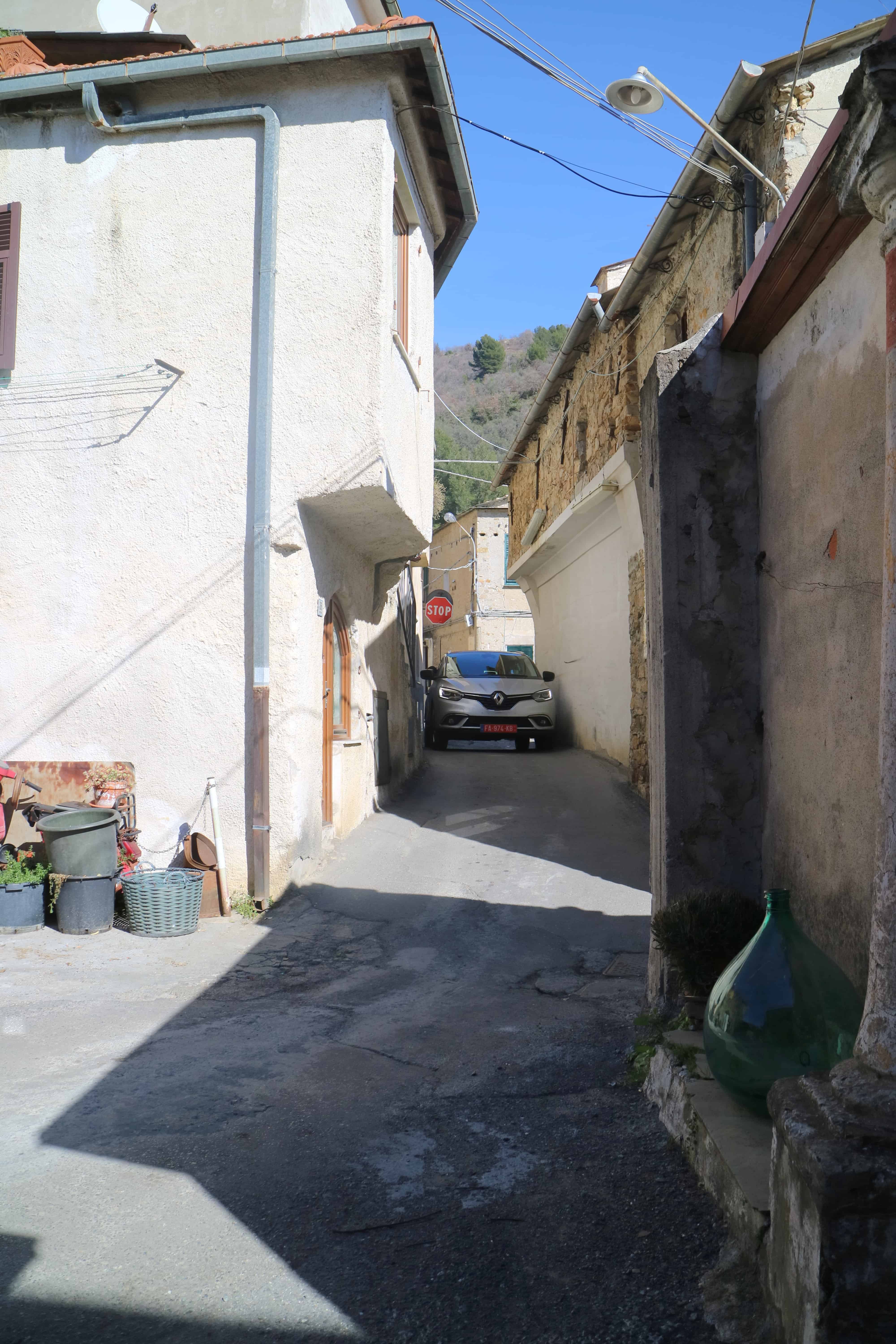 We then had to wait an hour before we could get into our apartment – after waiting a while I phoned the owner, who spoke very little English, and found he was waiting for us over the other side of town.

We were not in the best moods by this stage.

But the house was worth it – after climbing up the steep and narrow stairs the view was fantastic, and we spent many hours basking in the sun on the balcony, enjoying the view over the terraced groves to the Ligurian Sea. 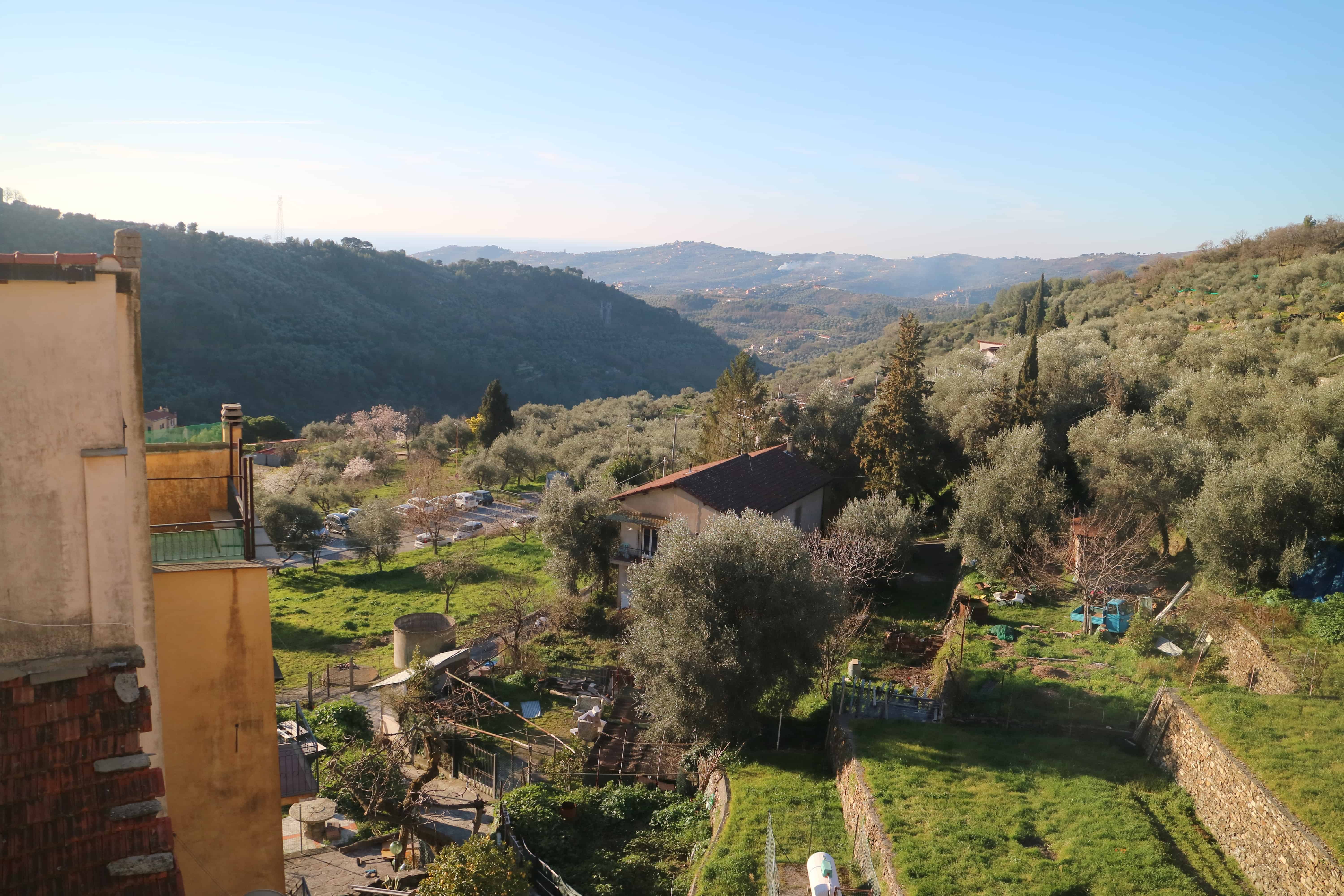 We spent the next few days wandering through and around the town, 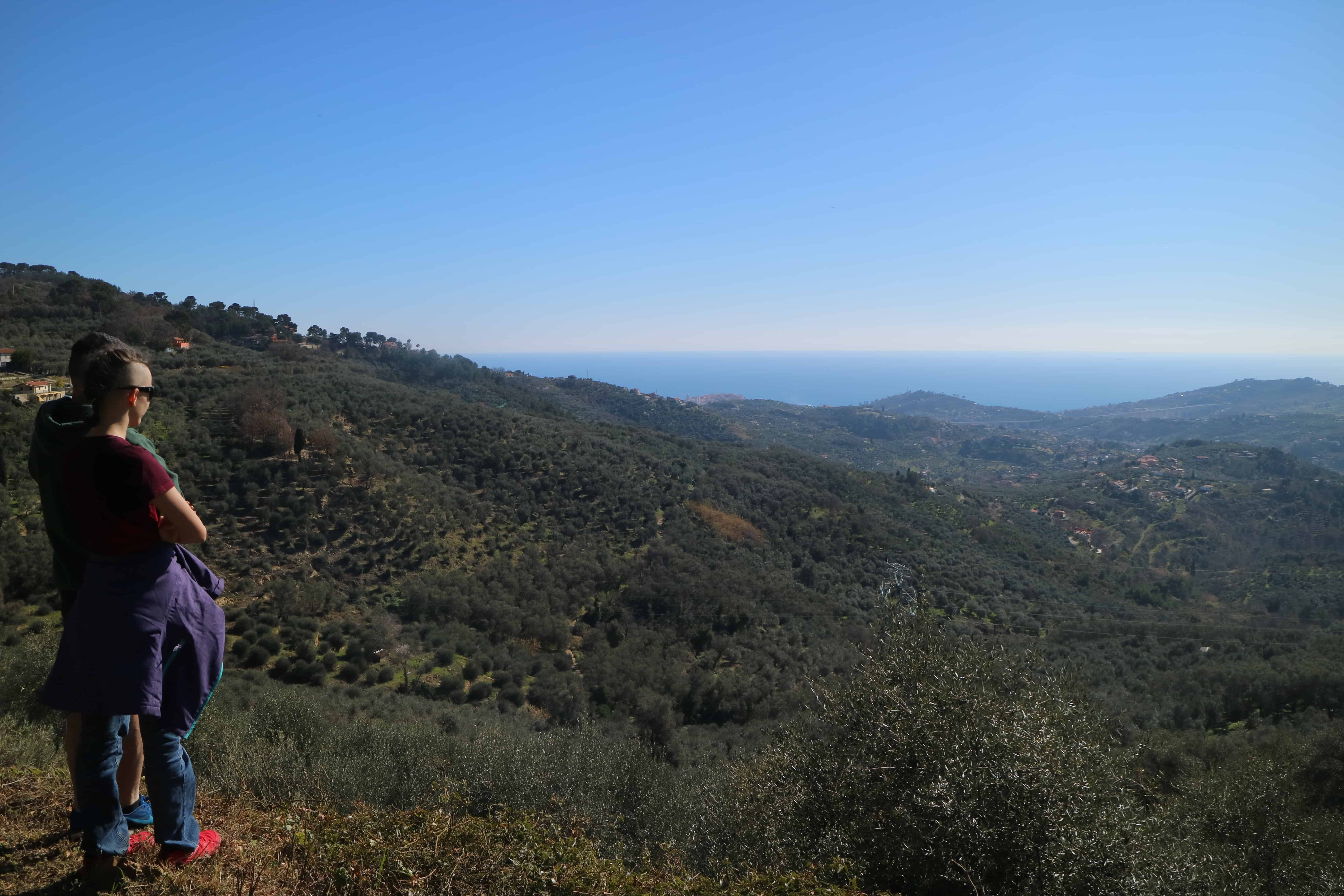 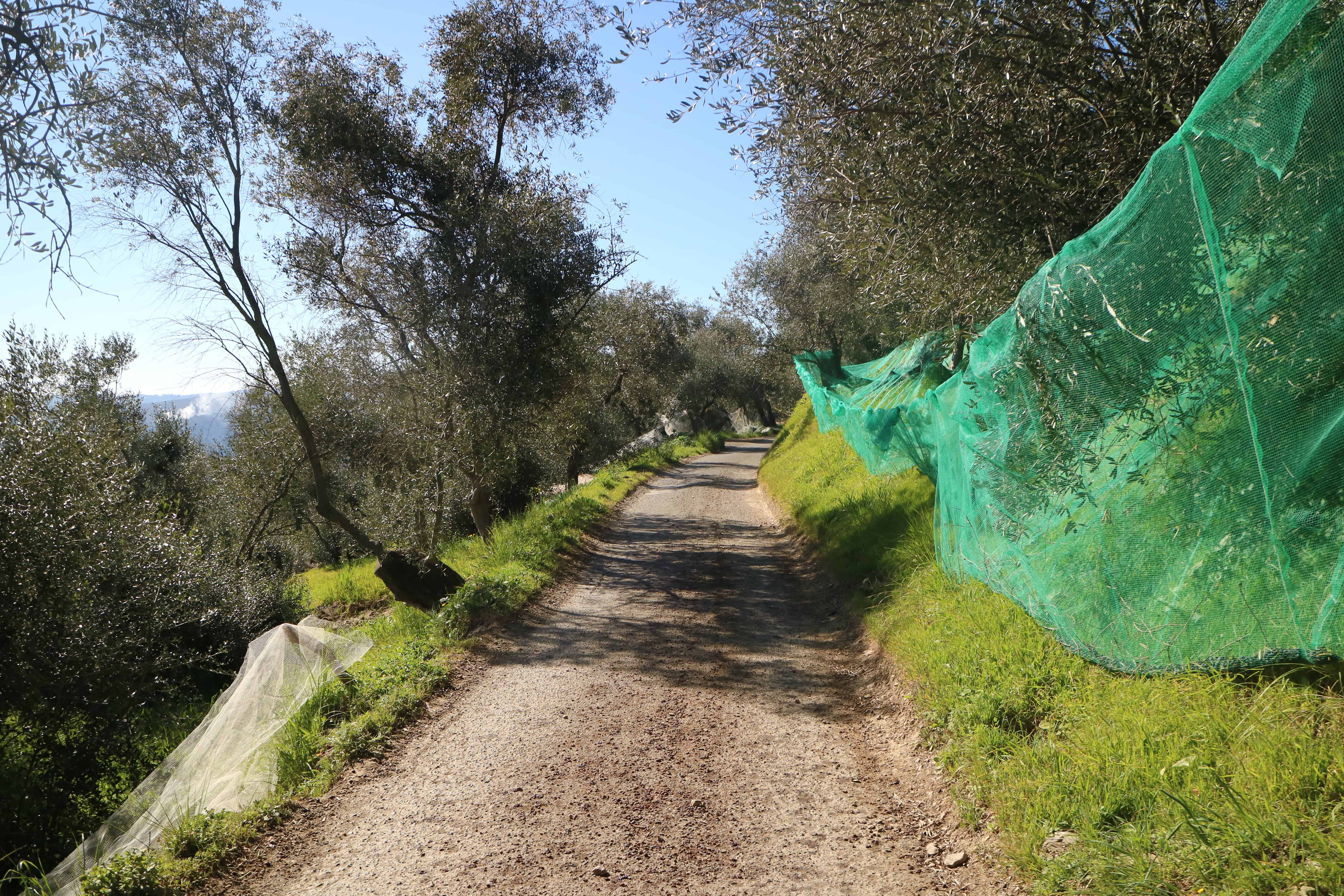 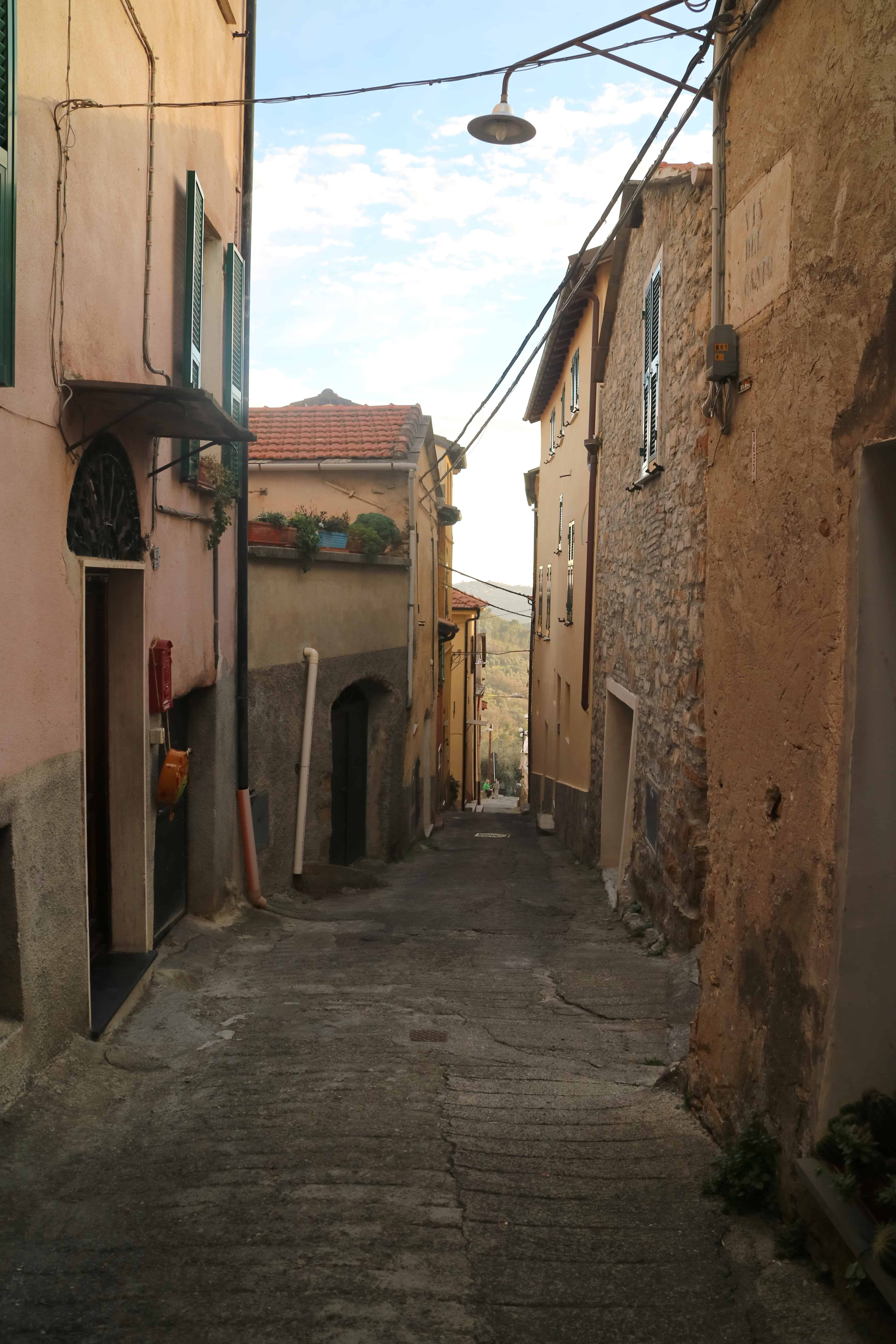 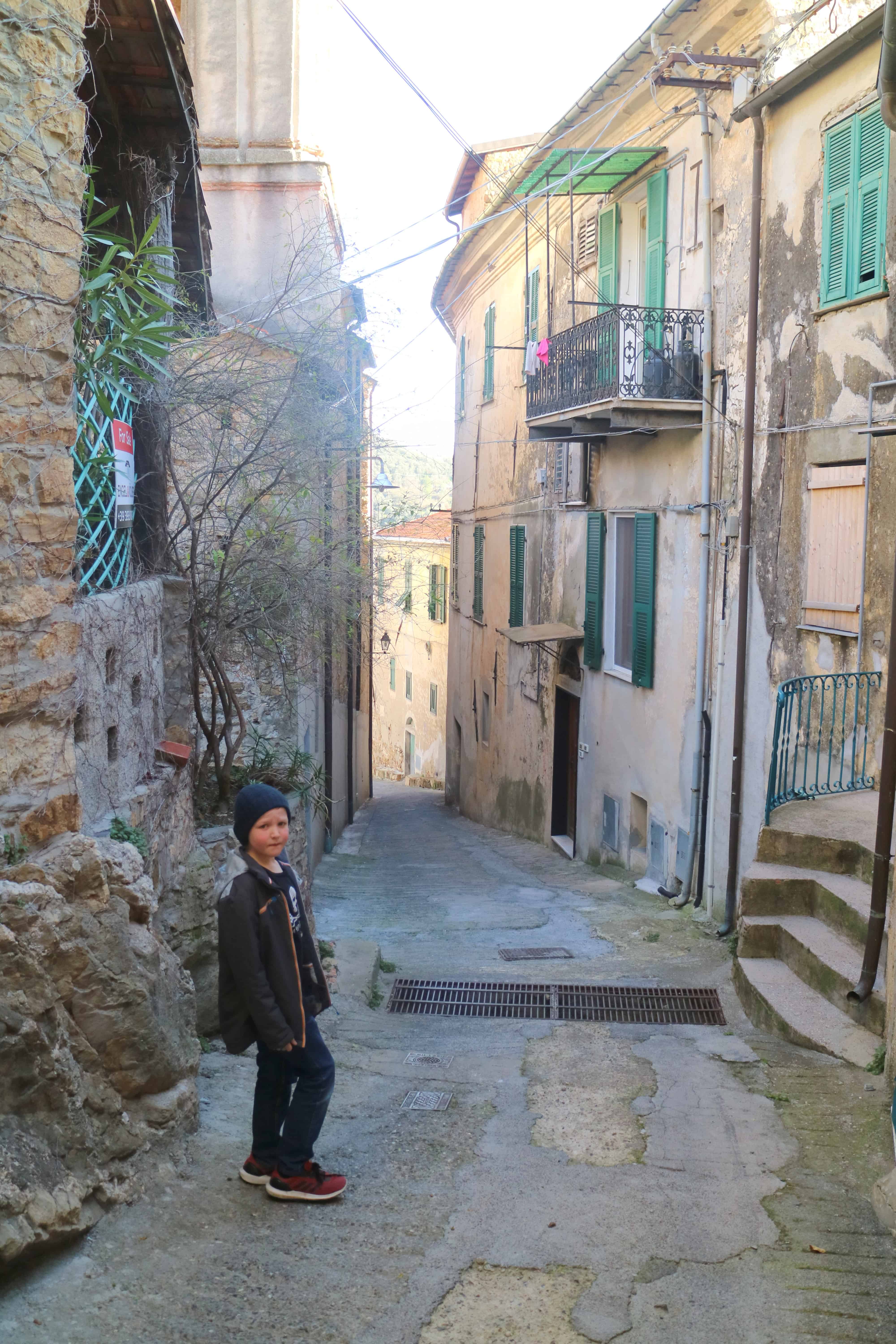